Chelsea will open talks with Freiburg over a deal for their striker Luca Waldschmidt, according to reports. The 23-year-old has scored six goals in 16 appearances for the German club this season, but his campaign has been disrupted by several injuries since October.

At the European Under-21 Championship last summer, Waldschmidt ended as the tournament’s top scorer with seven goals and was nicknamed ‘Il Bomber’ in reference to Germany legend Gerd Muller. Waldschmidt was subsequently given his senior debut for Germany and now has three caps for the national side.

According to The Sun, Frank Lampard has been monitoring Waldschmidt’s progress and he is keen on signing the striker. The report claims that Chelsea will now discuss a £20 million deal with Freiburg. Luca Waldschmidt finished as the top scorer at the European Under 21 Championship last summer 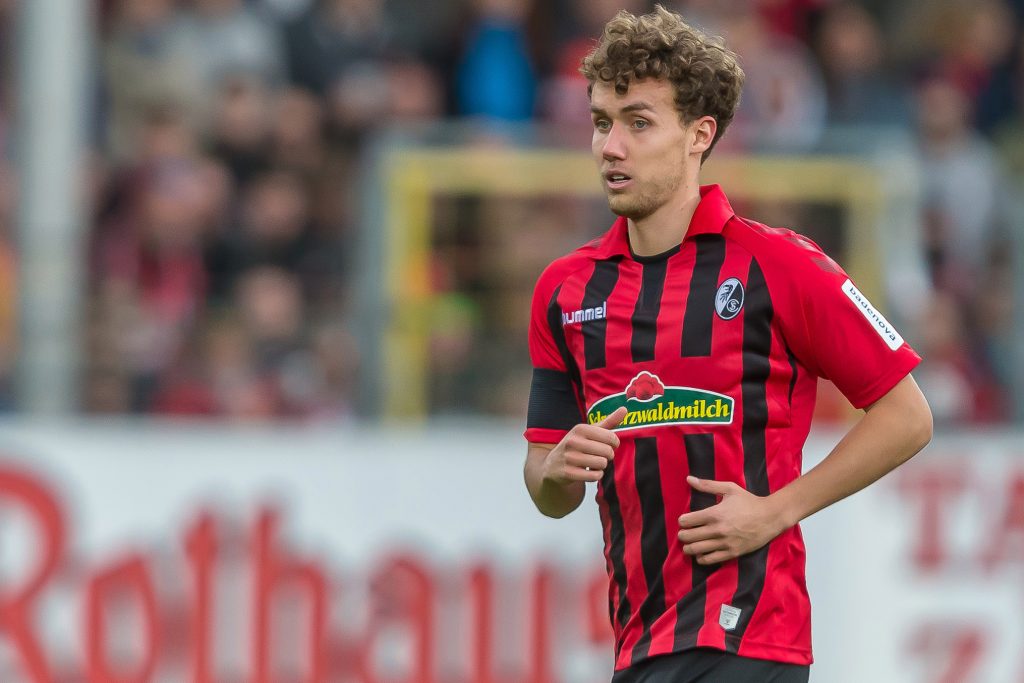 It’s also claimed that Chelsea believe Waldschmidt will improve ‘when he learns to use his physique’. Lampard was keen to sign a new striker in the January transfer window but Chelsea were unable to secure a deal.

Paris Saint-Germain striker Edinson Cavani was one of Lampard’s targets but the Uruguayan preferred a move to Atletico Madrid. The Chelsea boss is also set to lose Olivier Giroud at the end of the season as his contract will expire.

Willian on leaving Chelsea this summer